There’s a question plaguing a large group of fantasy-lovers that they can never seem to shift.

Where can I read a good, grisly murder?

Or is that a bit of a niche question? Maybe it should be: what do I read next?

Sometimes the questions overlap, and you’re in the mood for some assassin fantasy, whether it’s trained-killers or bands of thieves on a death-laced mission. Sometimes, the victims in assassin fantasy novels are already dead, and we delve into the dark magic of necromancy.

It all falls within the assassin fantasy sub-genre, which covers a broad range of societal outcasts.

Whatever your preference, the story should be punctuated by strong characters, detailed worlds and descriptions. It forms the perfect escape from reality.

Here are a few suggestions—the top 5 assassin fantasy books you need to read this year are:

Don’t be fooled by Six of Crows’ light and structured description. It’s a far more complex book than that, with a series that matches.

This YA Fantasy has a simple premise: six underprivileged outcasts and crooks on a mission. The mission? To overthrow an evil wizard as they infiltrate an impenetrable vault.

However, the band of rogues seems to have trouble not killing each other along the way.

Though the general premise seems like it’s an easy read, Leigh Bardugo carved a complex world, with a magic system so detailed it feels real.

If you’re looking for a palpable world populated by 3D characters, Six of Crows is a book to consider. Readers enjoyed it, and some writers state it’s the type of book they wish to create. 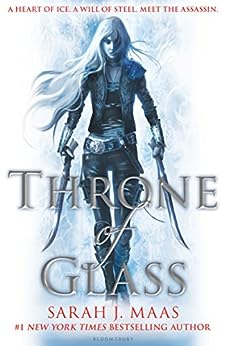 What would you do to end a life of servitude? It seems extreme to become the king’s assassin instead, but that’s the premise of the first Throne of Glass book.

Celaena is a trained assassin, and at only 18, she’s one of the best. But obviously not as good as she thought—she got caught, and now she’s enslaved for life.

To escape her newfound imprisonment, she needs to fight other assassins, and thieves. Older, more experienced, dangerous killers.

Once she beats them and becomes the king’s personal assassin, she’s his weapon on a whim.

The riveting story is something anyone can enjoy. It’s full of powerful antagonists, in a world that’s banned magic.

The characters are also striking, and easy to connect to. There’s even some romance—although, it’s a little predictable and older readers may not love that element. Luckily, it doesn’t overpower the plot.

#3: The Lies of Locke Lamora by Scott Lynch

The Lies of Locke Lamora is another one of those books with immaculate world-building. A world you can fully immerse yourself in is something many readers desire—it’s a form of escapism.

On top of the well-developed world and complex characters, there’s a storyline to keep you hooked.

Like the #2 pick, it starts off with a group—thieves, in this case. They share a common goal: theft! But only from the rich, who they decided deserve it.

The group live in an immaculate city, but within a few books, their abode spreads empire-wide. The story also grows more complex as it goes on.

It’s a fast-paced book, though, but not super action-packed. It’s like one of those stories you grab when you want to take it easy. All the while, it remains entertaining and contains a mix of emotions.

Some people may find the beginning a little tiresome—but Lynch plants hooks throughout to reel you in further with each page.

Graceling is a book for YA and adult readers, though it’s marketed towards the former. It meshes morals with average teen scenarios, creating something anyone can relate to.

Except, you probably won’t relate to the specifics of the morals. They’re the morals of someone born to kill.

Katsa, the main character, is one of the born-killers, and she wishes she wasn’t. Her uncle, the king, forces her to do it. So, she decides to combat the reign of seven kings.

But of course, it’s never that simple, and one king is a darker, more deadly force for Katsa to overcome.

Although, Katsa can be a Mary Sue at times—but the storyline and other characters make up for it.

It’s an escalating, exciting story, with a dash of realistic romance in a detailed world. And even when readers don’t enjoy the execution, they compliment the concept.

#5: The Death of the Necromancer by Martha Wells 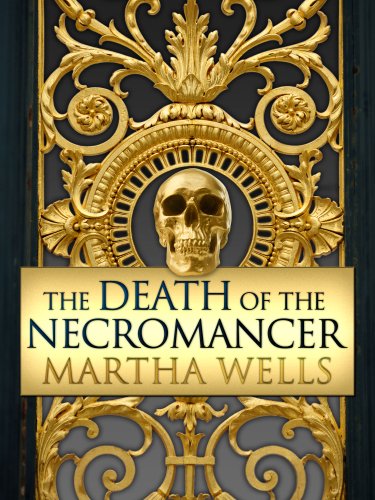 The Death Of the Necromancer is an older book, which came out in 1998. But it’s one that holds up decades later, along with its setting of centuries past.

If you like a Victorian setting, you may enjoy this book. And, if you like detective novels from that era, that’s another pro—although it’s quite a bit darker, with hints of gore.

The book is about a man living a double life. His father is a noble, convicted for necromancy. So naturally, his son is the opposite—a typical and innocent noble. Yet the other side of the curtain holds his secret life of thievery.

Besides the storyline’s pull, you may be pulled in by the natural character and story progression. Some writers like to info-dump their characters’ backstories or traits. Wells reveals them naturally, in a realistic fashion.

Admittedly, the characters are a little larger than life. Plus, some people found the book too long—but if you like dark magic and fey, it’s a fantastic read.

Whether you’re here for a full-blown born-killer or someone who happens to assassinate a few innocents along the way, you’re covered with this selection of books.

These five books are must-reads in the broad sub-genre. And there’s something for everyone—YA to fantasy-loving adults—in the mix.

This is a tricky genre to narrow down, so you have to dive into specifics. Consider what you want out of a story, and go from there.

Browse the list, take your pick and remember: the assassin fantasy sub-genre will always be there to accommodate your thirst for blood.