A big HAPPY RELEASE DAY to our talented author, Bronwyn Eley, whose debut fantasy novel RELIC is out today.

Relic is the first volume in the new YA fantasy series, The Relic Trilogy. 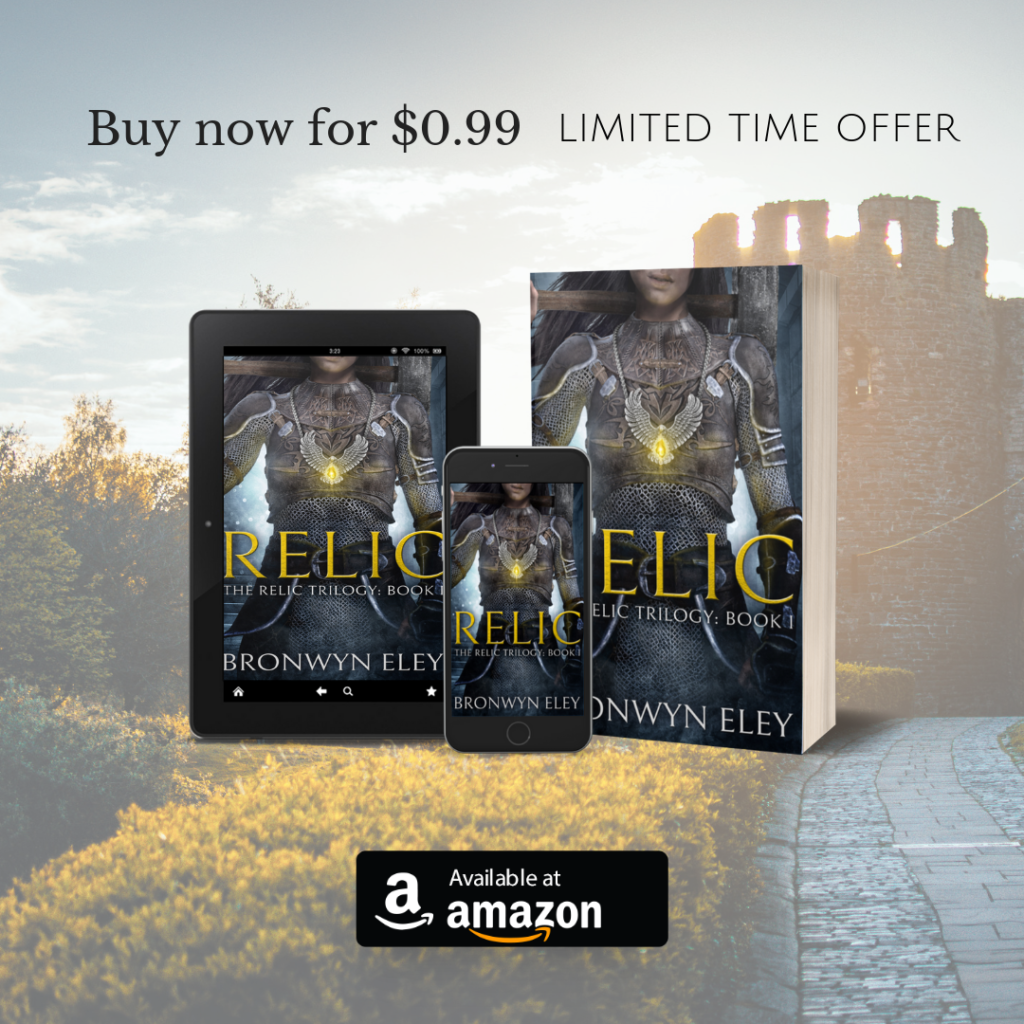 A rebel force plans to put an end to Rennard’s rule and Kaylan suddenly finds herself embroiled in a cause that might just be worth fighting for. But no cause is without its costs…

Remember to grab your copy before the price goes up to $7.99.

“This book is perfect for fans of dark fantasy with a badass female protagonist.” – Stephanie, Igniting Pages

“The fact that this book is Bronwyn’s debut novel is absolutely mind-blowing. Her writing style, story, pacing, characters and world-building are all sublime…” – Kate, Beautiful Bookland

“I’ve read this twice, it’s THAT good, that engrossing and that original!” – Dii, Tome Tender

Don’t forget you can also add the book on Goodreads and find out more about Bronwyn at her website.

The official Relic launch party will be held on Saturday, September 14th at iconic Newtown bookstore, Better Read Than Dead.

If you’re in Sydney, we hope to see you there!