A rebel force plans to put an end to Rennard’s rule and Kaylan suddenly finds herself embroiled in a cause that might just be worth fighting for.  But no cause is without its costs…

★★★★★ “This debut novel is jam packed with action, heartache and a shocking plot twist that you don’t want to miss! ” – A Bookish Peach

★★★★★ “Relic is a compelling dark fantasy with an addictive plot full of looming dangers and ever present threats – and a kickass blacksmith heroine with an iron will!” – Sarah McDuling, Booktopia

★★★★★ “From the first page, I was absolutely hooked!” – author Helen Scheuerer 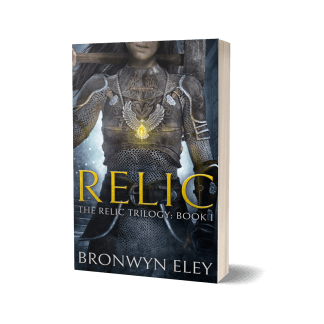 You're viewing: Relic
The Relic Trilogy Book I
Print Wholsale $19.20
Add to cart